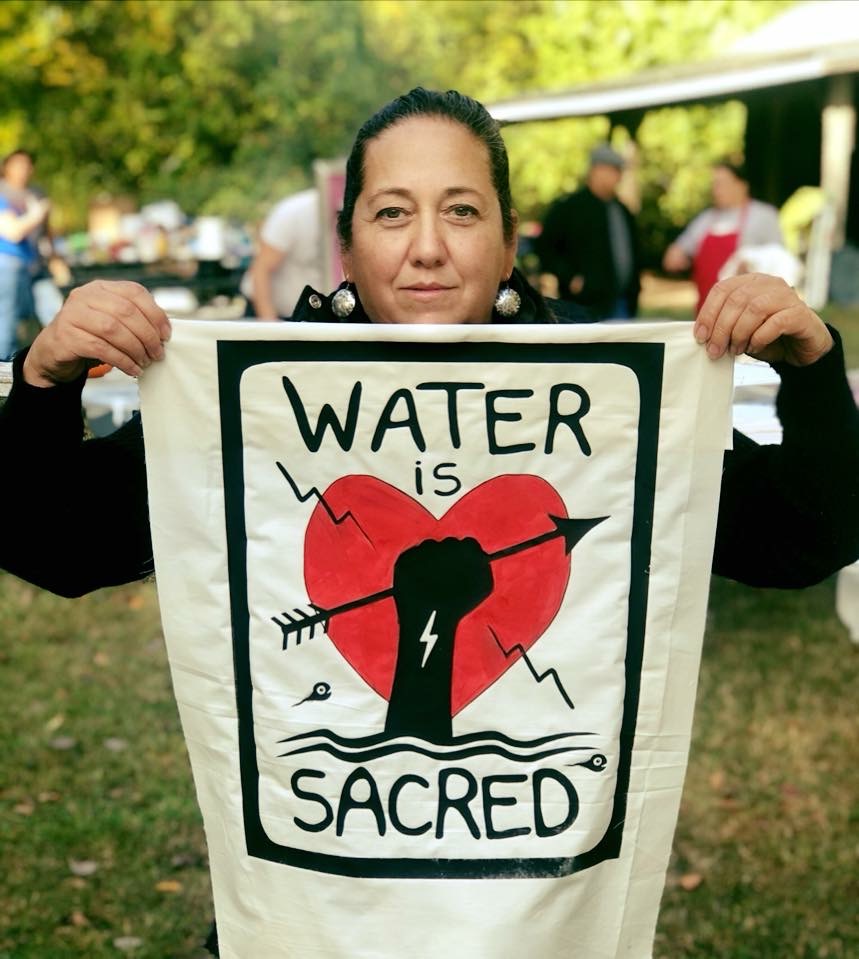 Like generations of Indigenous artists before her, the majority of her work explores and celebrates the beauty of the natural world and traditional Indigenous world-views on spirituality and natural medicines while exploring nature’s symbolic properties. Following the tradition of Metis floral beadwork, Belcourt uses the subject matter as metaphors for human existence to relay a variety of meanings that include concerns for the environment, biodiversity, spirituality and awareness of Métis culture.  Although known primarily as a painter, she has for years been also practicing traditional arts in an informal way. Working with beads, hides, clay, copper, wool trade cloth and other materials. Most recently with birch bark, ochre, quills and tattoo ink.. 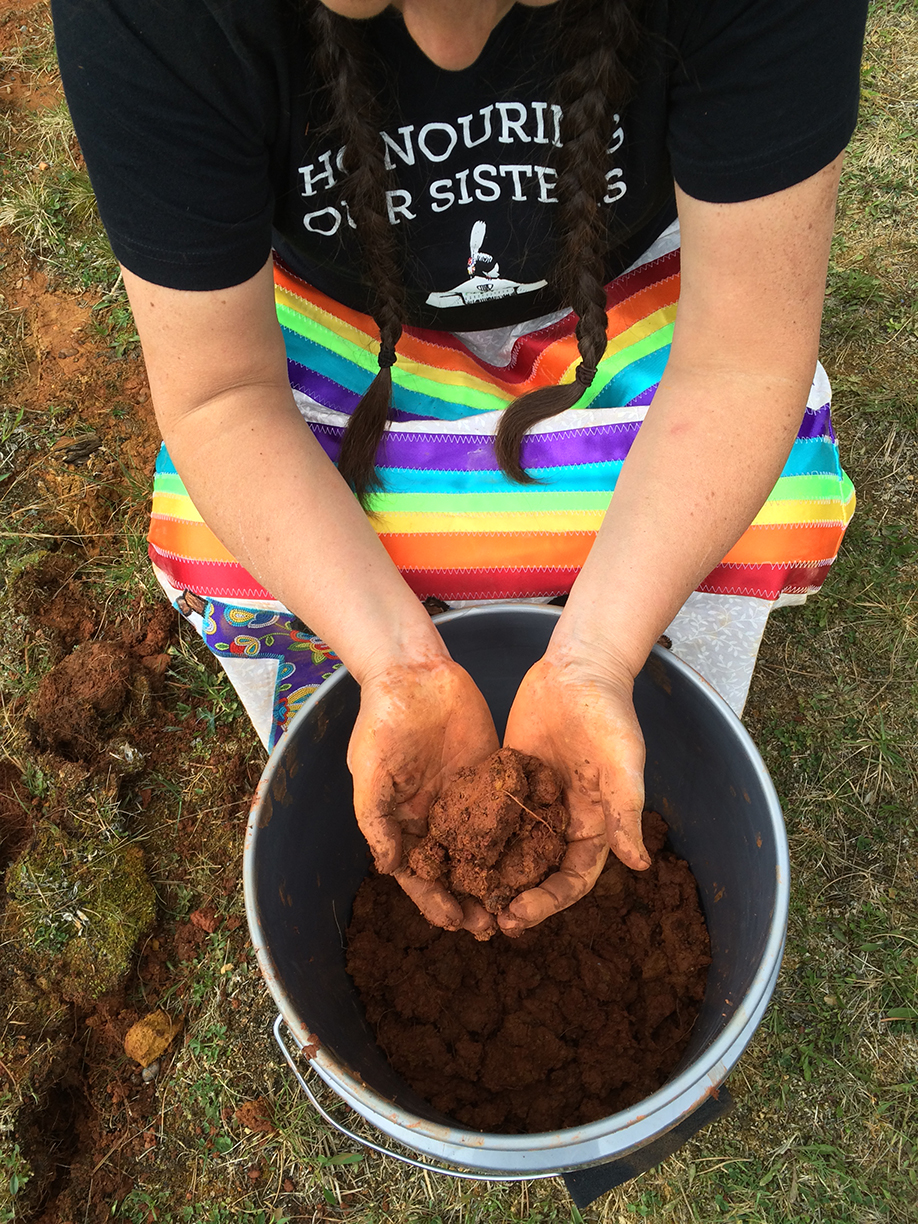 In 2016 she received both the Premiers Arts Award and a Governor General’s Award for Innovation and was named the 2014 Aboriginal Arts Laureate by the Ontario Arts Council. Her work can be found within the public collections of the National Gallery of Canada (Ottawa), the Gabriel Dumont Institute Museum Collection (Saskatoon), the Art Gallery of Ontario (Toronto), the Indian and Inuit Art Collection (Hull), the Thunder Bay Art Gallery, the Canadian Museum of Civilization (Ottawa/Hull), The Minneapolis Institute of Art among others. She also won the “Influential Women of Northern Ontario” award for her community work. And her artwork was voted #1 “People’s Choice” at the Art Gallery of Ontario in 2015.

In 2011, her work titled Giniigaaniimenaning (Looking Forward), was created to commemorate the resilience and strength of Residential School Survivors and their descendants. It was selected and installed as stained glass for permanent exhibit above the main entrance for Members of Parliament, in Centre Block, Parliament Hill (Ottawa). She also designed the PanAm / ParaPan Medals for the Toronto 2015 Games. And in 2016 collaborated with Italian fashion designer The House of Valentino for a collection featuring her work Water Song.

In 2012 she began the Walking With Our Sisters project to honour the lives of murdered Indigenous women and girls in Canada and the United States. It has grown to an astounding international seven-year touring memorial involving over 1500 artists and thousands of volunteers. The impact this community-based work is having cannot be overstated. The project wrapped up in 2019, with its final memorial in Batoche, Saskatchewan. Over 100,000 people were estimated to have visited the 19 communities during its seven year run.

Christi also previously co-created and co-lead the Willisville Mountain Project (2010-2013) a community arts juried exhibit which involved 40 artists who used art to draw attention to the Willisville Mountain within the LaCloche Mountain range on the North Shore of Lake Huron, Ontario, that was slated for quarrying. The Project and subsequent political and media pressure it applied, secured a decision by Vale Corp. who agreed not to mine the mountain for quartz.

Her work has been the focus of a short independent documentary film: So Much Depends Upon Who Holds The Shovel (Directed by Wayne Peltier, screened at the Imaginative Film Festival in 2008. She is author of three books: Medicines To Help Us (2008), Beadwork (2011), and co-author of Jeremy and the Magic Ball (2008), Her work has been reproduced within numerous publications and on the covers of many books. She was co-editor to Keetsahnak and The Trail of Nenaboozhoo by Isaac Murdoch.

In 2015 Christi formed the Onaman Collective with her friend Isaac Murdoch.  Together they have organized and produced over 50 important events and works of community driven art and activism. They are deeply committed to the reviltalization of Indigenous languages, arts, culture, land-based learning and the #landback movement.

In 2017, she and Isaac along with others initiated and built Nimkii Aazhibikong, a year round language, arts and culture camp located within Anishinaabeg territory north of Elliot Lake, Ontario. The camp is committed to the revitalization of Anishinaabemowin language, the arts and sustainable living practices based on foundational cultural knowledge.

Christi donates the proceeds from her collaborations and awards to Nimkii Aazhibikong, the year-round Indigenous language and traditional arts camp started in 2017. 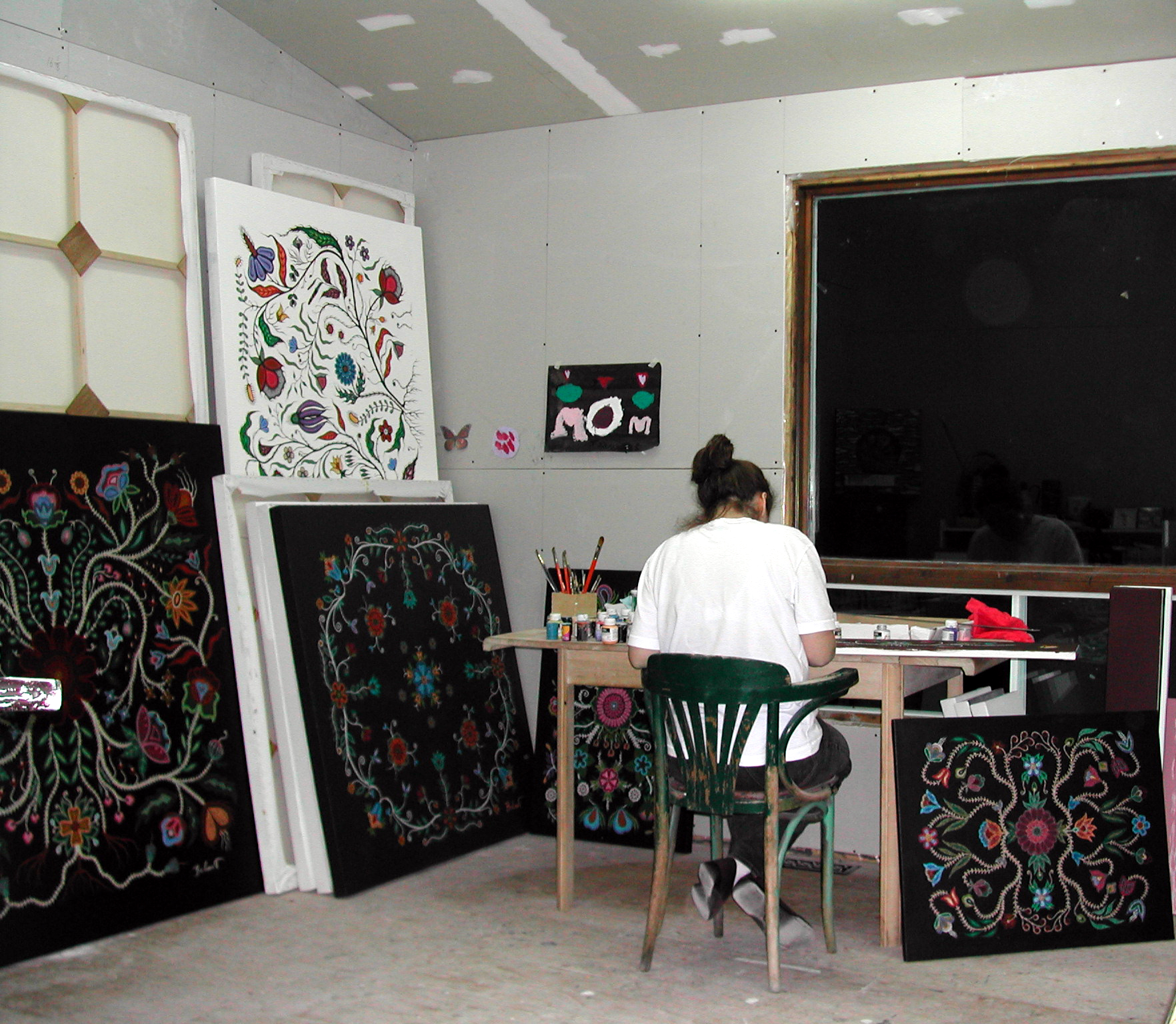